TCM: The Way to Prevention

externally. And why is this? Illnesses that are only manifesting internally may not ever manifest externally, whereas those conditions that already present themselves externally have roots deep inside."

He described his observations about breast cancer: "Unhappiness caused damage to her Liver. Worry damaged her Spleen. She was constantly troubled by things that cannot be changed, and this severe unhappiness lingered, and resulted in a little lump in her breast. In the beginning, it was as big as a pea. Then it grew as big as a chestnut. Two or three years later, the lump grew bigger. It was not painful, nor was it itchy. Eventually, it became painful: it grew as big as a bowel. The color changed into purplish, and it started to ulcerate... and it is called "Yan" (cancer).

The TCM perspective of how cancer develops - especially breast cancer - is considerably different from the western viewpoint. Chinese medicine recognizes emotional factors as having considerable contribution to many illnesses. In the TCM view, breast cancer is mainly related to anger, either suppressed or expressed, over a long period of time. In and of itself, anger, or any emotion, is not a bad thing. But in the TCM view, how we deal with this emotion, and how long we keep the emotion internalized, can and does affect our health.

Women in our competitive society have to deal with daily stressors from many sources. Due to many inequities in our society, and roadblocks to success, women tend to accumulate unhappiness and anger. Because they are rarely taught how to went their anger (indeed, in our society, women are discouraged from expressing any negative emotion), they tend to internalize it. Many women aren't even aware of the fact that they carry suppressed (and very often completely justified) anger around with them.

The American Cancer Society supports many kinds of research, looking for a cure for all types of cancer. Every year, there are many breast cancer walks, trying to raise public awareness about, and funds for, breast cancer research. Dr. Loh reminisces, "One time I participated in a breast cancer walk. It was a bright sunny day, but I saw the fear on the faces of those mothers and sisters of breast cancer survivors and victims. Who is not afraid of having cancer?"

Western medicine does give us some preventive advice: eat a low fat diet, don't smoke, reduce the use of hormone replacement therapies. But we're still missing a vital component - our emotions, our spirit, must be considered as well. "In retrospect, looking at the many, many women with breast cancer that I've treated, I can see clearly the strong relationship between negative emotions and breast cancer," Dr. Loh states. "The key to prevention is to maintain harmony inside oneself - to dispel anger and negative emotions."

This type of harmony may be elusive in our fast-paced world, but we can seek to achieve it through meditation, Qigong, Taiji-chuan, or other similar practices. These disciplines are wonderful for cancer prevention, as well as helpful treatment adjuncts for those who already have breast cancer. "But for those who have difficulty in practicing these disciplines," Dr. Loh adds, "acupuncture is a good alternative to help one find harmony of body and spirit."

According to TCM theory, the liver and stomach meridians govern the breasts. In TCM theory, a women's liver meridian can be jeopardized easily, because the liver stores blood, and a woman loses blood monthly from menstruation. This loss of blood results in a deficiency in the liver's blood - and the emotion associated with liver disorders is anger.

Dr. Chen Shih Gong (1555-1636), a renowned surgeon in Chinese history, writes about breast cancer in his book "The Classical Principles of Surgery," published in 1617: "It is more difficult to treat an illness that has already manifested

If you're a woman who is interested in pursuing the true essence of healing, and who is willing to explore and follow the wisdom from ancient Chinese healing arts, you may find some insight here, where we explore a viewpoint different than the western paradigm of women's health. It is Dr. Loh's belief, based on his own clinical experiences and study, that Traditional Chinese Medicine (TCM) can fill the gap in women's healthcare which is left by the inadequacies of western medicine.

Case studies from Dr. Loh's own practice will be described in order to demonstrate certain theories, but some details have been modified to protect the identities of actual patients. As always, readers are advised to consult their own physicians for proper management of their illnesses, and in no way is this discussion intended to override the recommendations of ones healthcare provider.

Breast cancer is one of the most terrifying and dreadful of cancers. One woman in nine will face breast cancer in her lifetime in this country. This is a frightening statistic, especially when compared to the incidence of other types of cancer. ​

Western medicine has focused its research on exploring the possible causes of breast cancer, developing better diagnostic tools, and on ways to treat cancer once it is found. There is still no cure and no foolproof method of diagnosis. But there is one aspect of breast cancer that is described in TCM that has not been addressed by western science: the impact of emotional factors - primarily negative ones - that contribute to the development of breast cancer.

CASE 1: A 32-year-old woman was living in constant conflict with her husband, who has a serious gambling problem. She had a 2-year-old child, and while she was in the hospital after giving birth to her second, her husband devoted her with the news that the bank has repossessed their home as a result of his gambling debts. Six months later, she was diagnosed with breast cancer. She underwent chemotherapy, but was unable to complete the whole course because of side-effects. She is currently in remission.

CASE 2: A legal secretary in her fifties was diagnosed with breast cancer which had invaded her chest wall. She received chemotherapy, which she tolerated well. The cancer responded to the treatment initially, but it recurred several times over the next three years. Each time, chemotherapy forced it back into remission. It was later discovered that the recurrence of her cancer coincided with periodic confrontations with her husband, who was physically and emotionally abusive. At the same time, her teen-age daughter decided to get married to someone whom she didn't consider suitable. Unfortunately, she lost the battle to cancer after a five-year fight.

" There are only two of dozens of similar stories I have encountered in my practice," Dr. Loh explains. "I am sure there are thousands of stories like this that happen every day. I am convinced, though, that anger and other negative emotions play a huge role in the development of breast cancer." He stresses that these feelings may be caused by events in the woman's life, and perhaps the woman may not even be aware of them at all.   Type your paragraph here. 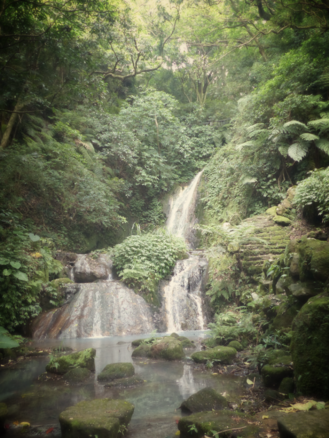 The Wisdom of Traditional Chinese Medicine 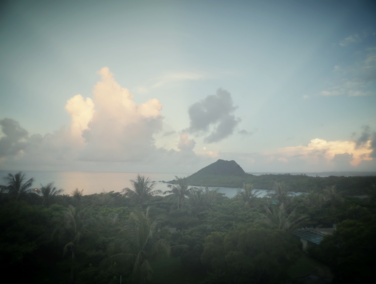 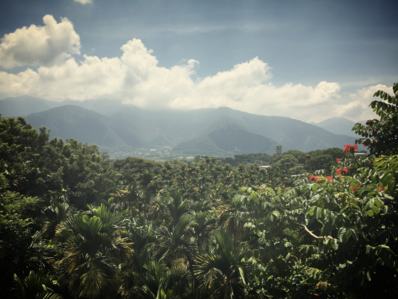