For the past three years, Dr. Loh has led a special team of professionals in providing complementary and alternative medical therapies to people infected with HIV in Hudson County, NJ. This unique service provides Acupuncture, Osteopathic Manipulation, and Massage Therapy, free of charge, to county residents living with HIV/AIDS. It was while treating this group of patients that Dr. Loh developed his Immune Modulation Protocol.

Shi-Hong Loh was born and raised inTaiwan, Republic of China. He completed his medical education, including his training in acupuncture, while in Taiwan, where Western Medicine and Traditional Chinese Medicine are taught side-by-side. His training here in the U.S. began with a Residency in Internal Medicine and a Fellowship in Hematology at Bronx Lebanon Hospital Center in the Bronx, followed by a Fellowship in Oncology at Downstate Medical Center at the State University of New York in Brooklyn.

Well known in North Jersey as an innovator and active participant in the community, Dr. Loh has organized many workshops, training programs and seminars in alternative and complementary medicine. Some of his workshops include, Meditation, Qigong, Tai Chi, Herbalism, and Acupuncture. He had a paper published in the Journal of Alternative Therapies for Medicine and Health in 1999 in which he discussed his experiences adding Qigong therapy to the treatment of metastatic colon cancer. ​​

Dr. Loh maintained his private practice of Hematology and Oncology at 217 Willow Avenue in Hoboken, NJ before he chose to solely focus on Acupuncture. While continuing to provide general acupuncture, he has a special interest in treating cancer patients and women's health problems with acupuncture and Chinese herbs. He is a member of the AAMA (American Academy of Medical Acupuncture), an organization of physicians who practice acupuncture, and is board certified by the ABMA (American Board of Medical Acupuncture).

Dr. Loh currently has two locations in New Jersey. He maintains his practice in Hoboken at 109 Grand Street and has since opened a practice at 24 Bergen Street in Hackensack, NJ since 2006. 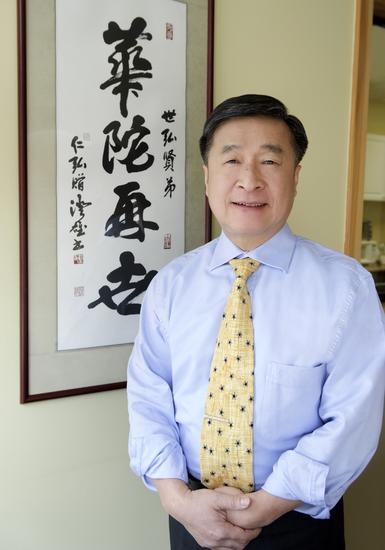